I love dinners where you learn so much. And I did, thanks to Prosecco winemaker Paolo Bisol of the brand Ruggeri.

Ruggeri is a relatively young brand as the family only started winemaking in the 1950s when Paolo’s father Giustino Bisol established the Ruggeri winery in the Valdobbiadene area.

I learned at this dinner why the Valdobbiadene area is important.

Prosecco is the grape now called Glera (the name was changed in 2009). This grape was named after the Italian village of Prosecco near Trieste where some say the grape originated. Regardless of where it actually originated, the fact is that it grows on rolling hills that stretch from the town of Valdobbiadene past Treviso and Conegliano, as far as Vittorio Veneto. (Paolo says they are very near Venice.)

But here’s the tricky part: just as the French have Appellation d’origine controlee (AOC), the Italians have Denominizione di origine controllata (DOC; controlled designation of origin). It’s a quality assurance label. They also have Denominazione di Origine (DO), Denominazione di Origine Controllata e Garantita (DOCG). The G is guaranteed quality in every bottle; indicative of a superior wine. So if you want Prosecco Superiore, you look for the DOCG. This can be found in the dark green patch area: Valdobbiadene.

The Bisol family boasts a deeply rooted, centuries-old tradition in viticulture in the Valdobbiadene area. Around 1920, oenologist Luigi Bisol, Paolo’s great grandfather, built a winery in Montebelluna. Then in 1950, Paolo’s father Giustino Bisol established the Ruggeri winery in Santo Stefano di Valdobbiadene “to produce and promote the sparkling Prosecco Superiore and Cartizze wines”. Paolo is touring the world now, sharing the joys of their Prosecco. 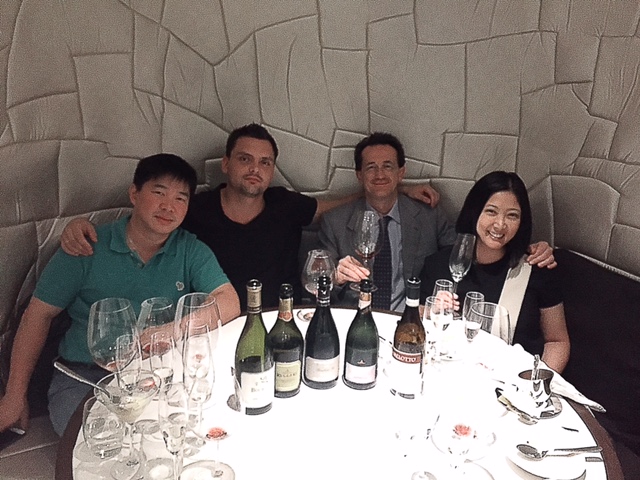 The first bottle we tried was Argeo. This is a light and easy wine but, Paolo clarified, in no way simple. Professionals over at The Drink Shop describe it as having “perfect clarity with abundant, persistent, minute perlage”; as well as “(f)resh, delicate, balanced on the palate and light in alcohol with a long fruity finish.” It is recommended as an aperitif or with hors-d’oeuvres and light first courses. 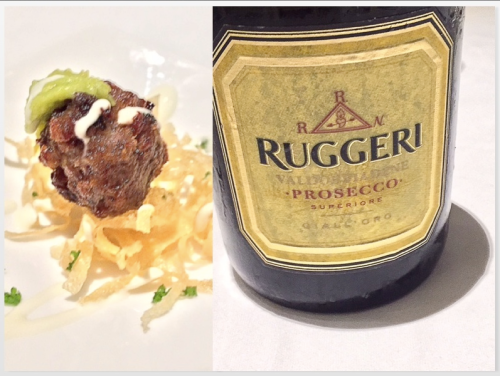 And so we did. Bastiaan served a wild boar starter followed by these gorgeous langoustines (ulang) and scallops while sharing, upon our prodding, that he’d been cooking all his life, at least ten years, both in Europe and in Canada, before he fell in love with a Pampangeña and settled in the Philippines. The story is likewise, I surmise, for his brother Frank, executive chef of Caviar, although I may not have the love stories down as accurately as I have the wine and the food!

After devouring this gorgeous seafood platter, we had a taste of Paolo’s favorite Prosecco: the one named after his father, which Bastiaani paired with a most succulent duck dish. 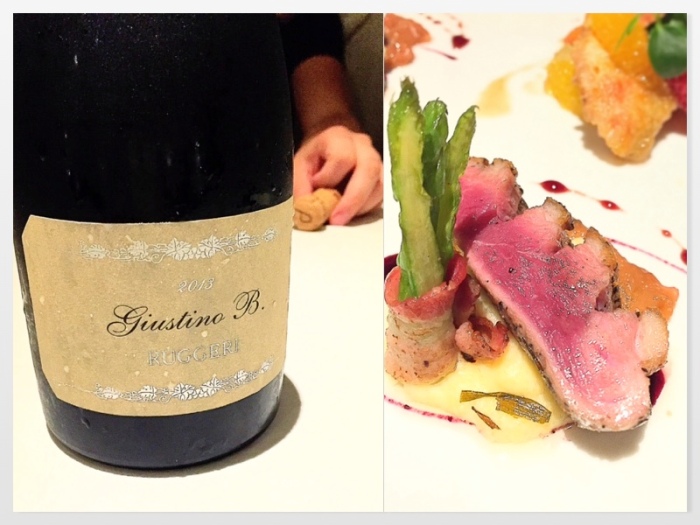 After the Proseccos, Bastiaan impressed us with Caviar’s latest dishes: lamb, black chicken and quail. Paolo was the lucky one who tried the black chicken. Alex and I were fascinated at Bastiaan’s interpretation because we are more acquainted with Chinese black chicken soup (which has the most amazing broth, by the way!). I was the luckier one who had the quail … inside,  surprise of foie gras! 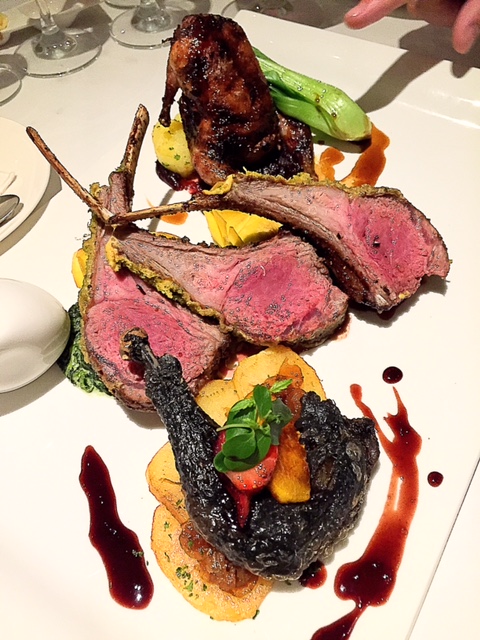 Check out the foie gras … 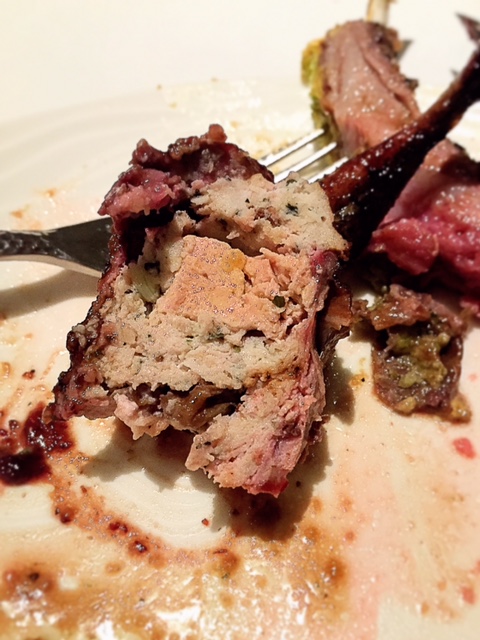 But note that it was a mutual admiration society night. As Bastiaan admired the Prosecco, Paolo in return told the sommelier how impressed he was with Caviar’s wine collection. I’ll need to go back to explore more of that! 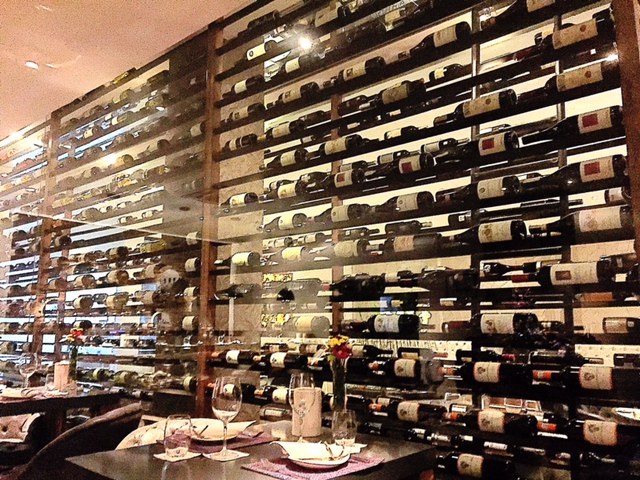