Mission: Manila, a passion project of mine to promote Filipino chefs, is back, this time featuring Chef Myke Tatung Sarthou.

Chef Tatung, as he is fondly called, is chef-owner of Restaurant Agos in Mall of Asia, a bestselling cookbook author on Filipino food, and the resident chef of the morning show Umagang Kay Ganda.

I was won over by Tatung’s cooking when I ate at his first restaurant, Chef Tatung, in Quezon City. I was one of the first to write about the place, with a review in the Inquirer’s Sunday Inquirer Magazine.

Cut to ten years later and he is among the world’s greatest chefs, speaking at no less than the auditorium of Madrid Fusion!

I though, how sad that Filipinos would not be able to taste what Tatung served in Spain.

Fortunately, he agreed to do a revival of that menu. 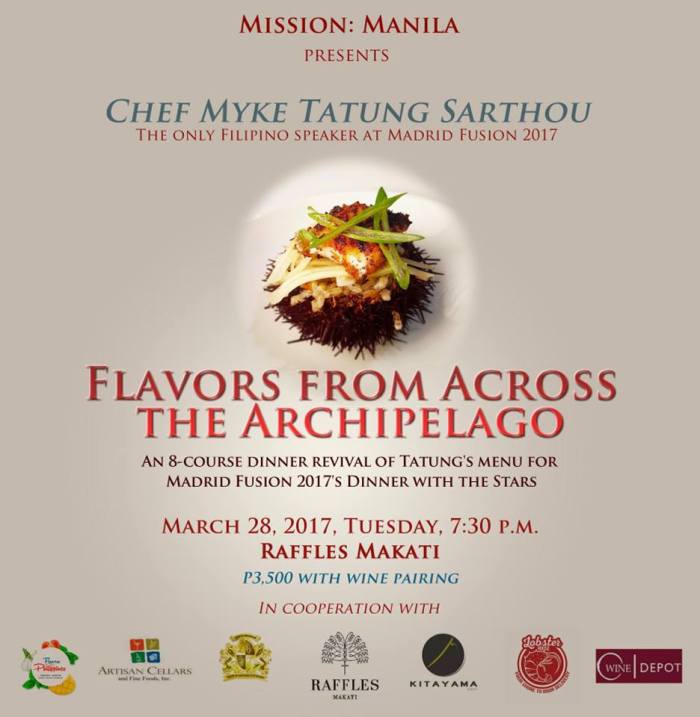